Of course this is the time of year where people set a New Year’s Resolution. I don’t do that. Or at least I don’t set a goal for the year, but rather a daily challenge.

My daily challenge is to do at least one thing every day that I love doing, that makes me happy.

It doesn’t have to be for long. 10 mins will do. And it’s not about improving myself, or for anyone else; God, Lucy, the girls, my boss. This is simply something I do everyday to put a smile on my face. If I can do that, then no matter my success of failure in any other endeavour, I know that tomorrow I’ll be happy.

Even if for just a short while.

Good thing I ride a motorbike

I do also set a couple of annual challenges. I choose one major fundraising charity event that I generally organise a team for. These could be one of:

Then there’s a goal to travel to new places. This year was Vancouver, everywhere south of Seattle (except LA), & Hobart.

I try to learn something new – a work skill, personal skill, or musical instrument

Work needs to constantly improve – seniority, excellence of my work, and expanding my network.

I like to support everyone in the family as they learn something new.

And finally try to do at least one thing that is “Out There!” In:

For 2013 I’m planning a bigger motorcycle adventure. One that I’ll combine with my charity challenge…

…The Ride to the Top of the World.

I’m looking for 8 or so motorcyclist buddies to join me late September in the Himalaya’s as we ride to the highest village in the world.

If you’re interested in doing some good and conquering the world, ping me!

Whatever your resolution, goals, or challenges are – All the very best!!

2012 has been a blast, thanks for coming along on the ride, I hope you’ve enjoyed the blog in some small way.

I’m always up for a coffee, beer, just to listen and reflect, and of course a ride

Project 2012 “Blog every day for a year” Challenge Completed. 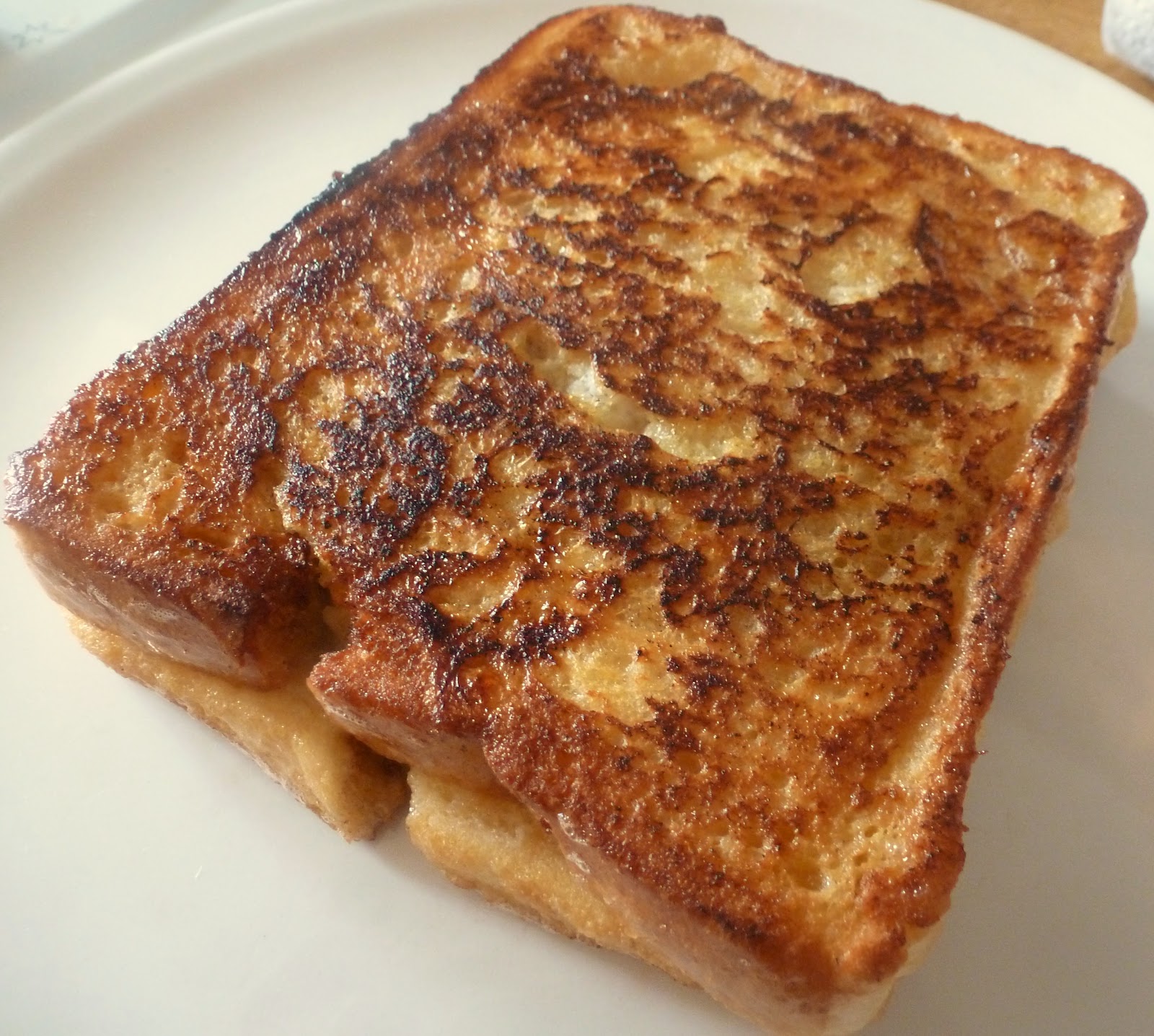 Ok. This isn’t just a Christmas holiday recipe. It may not even be a South African recipe. And it certainly isn’t one we’ve had yet.

But it is easy. It sounds yummy. And I plan to indulge this holiday season.

Serve hot with the yoghurt, and preferably a side of bacon.

Most people do the opposite. But don’t fall into that trap. Live life, fully, extravagantly, enthusiastically, as if this will be the last time you’ll see your wife, your kids, or eat an ice cream.

Continue to learn, to study, to practice your art, as if in time you can become the Master.

This wraps up the Personal Success Category for Project 2012, my challenge to blog every day for a year. Hope you’ve enjoyed it.

Ping me if there’s any posts you enjoyed, or topics you want to explore.

This is a quote from Meg Whitman (arguably not original) in all of her talks to staff as she turns HP around and builds a company for the next 70 years.

I like it because it’s inspirational. A strident call to action.

Let’s talk about the trends you should capitalise on for next year:

IaaS is quickly becoming a commodity, not to mention highly contested market. Yet ISV’s are still struggling to adapt to the cloud. Commercially they’re re-engineering internal compensation and revenue recognition models. Technically they have to re-architect applications to SOA, multi-tenancy, and provide a way to provision, metre, & bill their enterprise systems.

Largely this work has been conducted over the last 3 years. In 2013 more SaaS providers will emerge for a number of services including: Payroll, HR, Records Management, SW Development (ALM), Project & Portfolio Management, Logistics, Staff & Scheduling Management…

Partly because more people shift to SaaS, partly because cloud vendors are onshore, partly because organisations have a more mature approach to the cloud, and partly because the US Government will strike a deal with Australia. I foresee less people being hung up about where their data resides.

This will finally catalyse mass moves to cloud delivery models.

3. Apple Continues to Out-Innovate the Competition

In early January we’ll have the Consumer Electronics Show, with far fewer true tablets, and far more hybrid machines (laptop/tablets, phone/tablets) A week or two later Apple will have a conference that launches yet more products that out-innovate their closest competition.

Already no-one can deliver devices with the display, performance, battery life, or pure aesthetic of Apple. By January there’ll be yet more products that outshine the current stable.

Where will they go next?

…what I do know is: Apple will launch a product; this will be derided by the digirati press; the product will outsell the market and the previous version.

Other technology vendors, HP, Samsung, Sony are all placing their bets on Microsoft for Ultrabooks & Tablet Hybrids, and Google for Tablets. This strikes me as a particularly fragmented strategy that makes it hard for a customer to determine what to buy. This will drive a price war.

I think we will see the rise of the “slate PC” in businesses with Enterprise Agreements. Here the HP Elitepad 900 & the Microsoft Surface Pro are the contenders for the crown. Both of these are only launched in January. It will be interesting to see what both Apple and Google do to head off this threat.

4. BYOD, OS to the Internet & the Personal Cloud

The continuing appeal of new, connected devices will drive more people connecting their own devices to work networks. Whether IT approves this or not. IT needs to find a way to accommodate and enable the business.

The other impact of lower power, & functional devices will be to drive applications, or entire desktop OS’s to the cloud. It is feasible for SMBs already to run their entire business via a browser.

Up and coming will be the Google Chrome OS, but I don’t see this as a major competitor for another year or so. Currently the functionality of native apps over online apps, at least on the desktop, is still too familiar to people, and entrenched in business licence agreements to change soon. But as more people bring their own devices, and choose a mobile platform from Apple or Google, the applications ratio will shift away from Microsoft Office.

5. The Competition will be for your Pocket

Besides the other major smartphone vendors, Google and Microsoft, even more handheld devices like the Sony & Nintendo personal consoles will be introduced or changed to provide this market.

Windows Phone 8 will fizzle along, and potentially gain some traction. Its battle is against a very entrenched and highly loyal customer base. These, for iOS at least, have a large investment in applications that either don’t exist on the new platform, or require more investment that people are unwilling to make.

Blackberry will either die an ignoble, protracted death, or be bought out by someone. Potentially a niche player looking to expand out of the developing world.

Windows RT won’t gain much traction against the likes of Android, iOS, and even Microsoft’s own Windows 8.

Android will gain even greater market share, especially in developing markets. They will provide good competition to Apple, but ultimately won’t be as profitable due to the lack of the eco-system and their indirect revenue model. They aren’t a shop front (directly) for Google, but rather an advertising platform.

Apple will find even more ways to sell to their customers everywhere and all the time. It’s interesting that you can now buy an Apple product, or accessory, directly from an Apple device. Even in an Apple Store you can scan & purchase any product without the need to speak to a shop assistant. The friction to purchase is non-existent.

6. Networks will be Upgraded

The vast amount of unstructured data (video, photo, and audio) will continue to increase as more people become comfortable with these technologies. So networks of all sorts will continue to be upgraded.

With Cellular we’ll see widespread adoption of LTE & 4G networks. To homes roll outs like the NBN in Australia, & the UFB in New Zealand, will continue. Even without these efforts businesses will update their Wide and Local Area Networks.

All of these are passé, almost obvious, here’s some out there predictions

7. The Social Network gets Corporatised

Already we’re seeing bets being made on Facebook. It strikes me that there is a proven collaboration, Identity & Access Management, and communications system that reaches most people with access to the Internet.

Why wouldn’t Facebook work on a walled garden version for corporate clients? Especially at Public Cloud prices (or free with advertising) this would gazump other collaboration and messaging providers. It’s an offering waiting to happen.

Will a vendor like Microsoft, HP, or IBM with deep business relationships, benefit from partnering here?

From in-car navigation & telemetry systesm (Heads Up Display) to smartphone recognition systems to wearable computing (glasses, touch devices, in-ear). At the end of 2013 most people will be using some form of Augmented Reality in their daily lives, and not realise it (much like cloud today).

We don’t call a road sign Augmented Reality, but it is. Computer mediated AR will be as seamless to our lives

Rather than being taught in school, and studying at home, more people & increasingly children will use Pod & Vidcasts to be taught at home, then study under supervision at school.

This will affect Universities as their 600 year old approach to education, not to mention the cost of  that education, is threatened by ultra-low cost models.

More companies will struggle to survive through the diseconomy of their size. At the same time, more individuals will make money online selling their individual skills. Over the next year more jobs will be shed from downsizing companies. More services will be outsourced to niche, low cost, online players.

From a career choice perspective you’ll want to be in a role that cannot be dis-intermediated through automation (computers.) An example is the check-in clerk for Qantas – all gone and replaced with kiosks (& mobile apps.) Nurses are still in demand though.

Ok that’s it for the CTO Category for Project 2012. Next year I won’t be taking on such an onerous challenge (to blog daily) – but if you’re interested I’ll keep blogging about technology on a regular (perhaps fortnightly or weekly) basis.